Cornelis van Haarlem (*1562 in Haarlem; †11. November 1638 in Haarlem) was a Dutch Golden Age painter and draughtsman, one of the leading Mannerist artists in the Netherlands, and an important portrait painter, both of groups and individuals. Cornelis van Haarlem was raised by the painter Pieter Pietersz the Elder, his first teacher. Later, in 1580-1581 Cornelis studied in Rouen, France, and Antwerp, before returning to Haarlem, where he stayed the rest of his life. He became a respected member of the community and in 1583 he received his first official commission from the city of Haarlem. He later became city painter of Haarlem and received numerous official commissions. He married Maritgen Arentsdr Deyman, the daughter of a mayor of Haarlem. 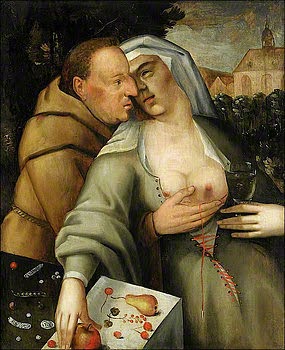 We use cookies. If you continue to use this site we will assume that you accept this.Ok